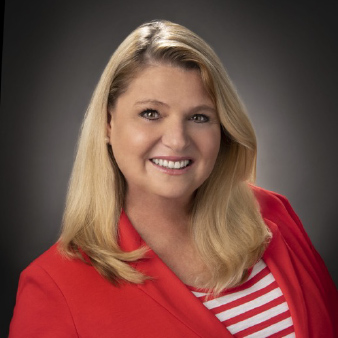 Alyson McCarthy spent 20 years as a television news anchor and consumer investigative reporter for News 13 Inside Las Vegas and 8 News Now before she was bitten by the “non-profit bug” and resigned from the news business permanently in 2010.

She became the Marketing Director for Nevada Donor Network, whose mission involves educating the community about the importance of organ and tissue donation to save lives. One year later, an executive search committee for Ronald McDonald House Charities® of Greater Las Vegas approached Alyson about becoming the Executive Director for the organization.

“It was an opportunity of a lifetime,” Alyson said. “I have enjoyed the challenges and rewards that come with leading a wonderful organization and staff, whose mission is to help families in crisis.” Four years later, Alyson has led the charge to remodel the existing Ronald McDonald House®, expand the organization’s hospital lunch program, and implement the first hospital-based Ronald McDonald Family Room® in Las Vegas, which celebrated its grand opening in March of 2016 at Sunrise Children’s Hospital – keeping local families closer than ever to their hospitalized children. As with the Ronald McDonald House® mission, family comes first for Alyson. She has been married to Las Vegas CPA Bill McCarthy for 27 years.

She is also the proud mom to 22-year old Nicholaus and 20-year old Matthew, both of whom are currently attending college in Reno, Nevada, and 15-year old Andrew, who currently attends Bishop Gorman High School.