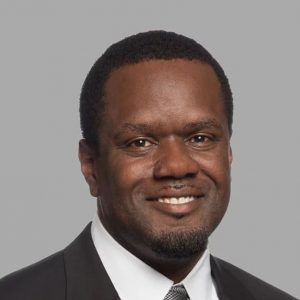 Gene Tinner, Jr. is a Ticketing rising star and innovator within the Sports & Entertainment Industry. Beginning his journey with the
Houston Rockets/Toyota Center and currently serving as the Director of Ticketing for the Ultimate Fighting Championship, Gene has traveled across the country to chase his dream of one day becoming a Team President.

He is passionate about delivering fans a memorable experience that will last a lifetime. Gene has successfully launched two start-up teams: the Jacksonville Armada Football Club and the Vegas Golden Knights.

In addition, Gene is inspired to give back by guest speaking at Diversity & Inclusion panels, where he shares his experience and mentors People of Color within this industry.